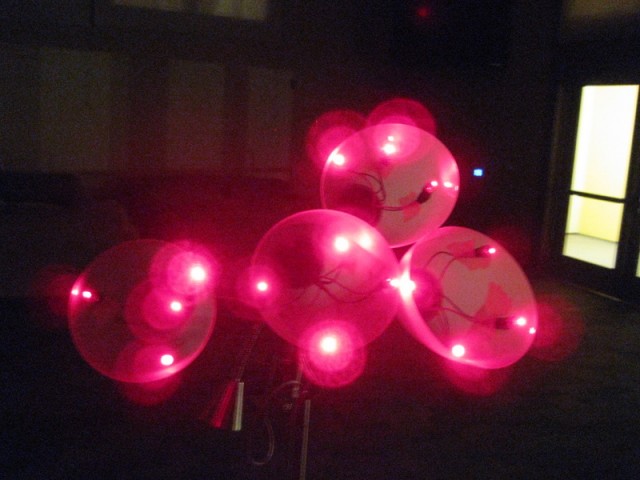 I purchased 25 red keychain laser pointers on eBay to make an interactive laser light show for an upcoming event. So far I have mounted 16 of them to a discarded Medusa Lamp I found near the dumpster. 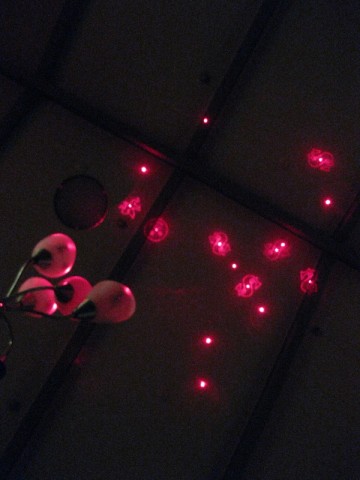 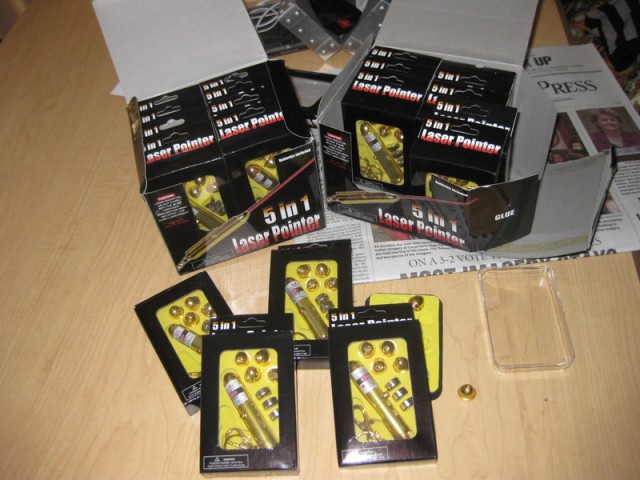 They are arranged in four groups of four lasers each and are controllable using an old touch dimmer chase controller that was originally designed for controlling theater lights. This controller can store many patterns that can either automatically run or be trigged using an audio signal.

I had to cut open each laser keychain to remove the laser unit inside and solder wires directly to it so I could power them using my chase controller instead of the batteries they come with. This part was tricky since the lasers are sensitive to heat so I had to make sure I did not hold the soldering iron in one place too long.

I put a 100 Ohm resistor on each laser to limit the current that flows and ensure it does not get damaged by too much voltage or current. With the resistor in place the laser is still very bright and draws only about 20mA at 5volts. 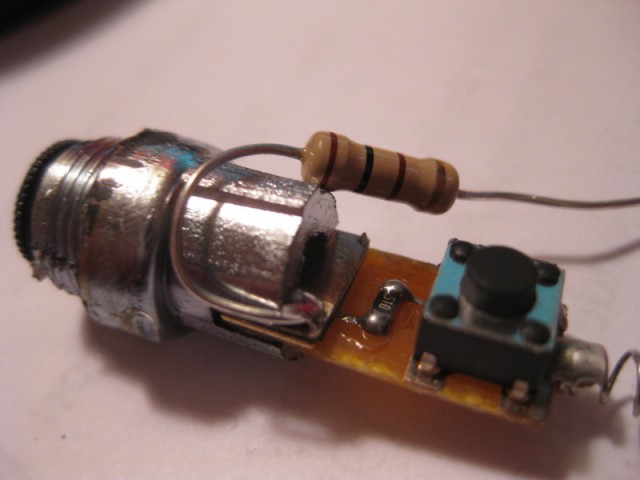 The pattern controller does not have enough power to directly power the lasers so I used NPN transistors as voltage-controlled switches. The controller ‘turns on’ the transistor by applying a +5 volt signal to the Base pin which causes current to flow through the transistor’s Collector and Emitter pins. I am using an old computer power supply capable of providing 15A at 5Volts to power the lasers. 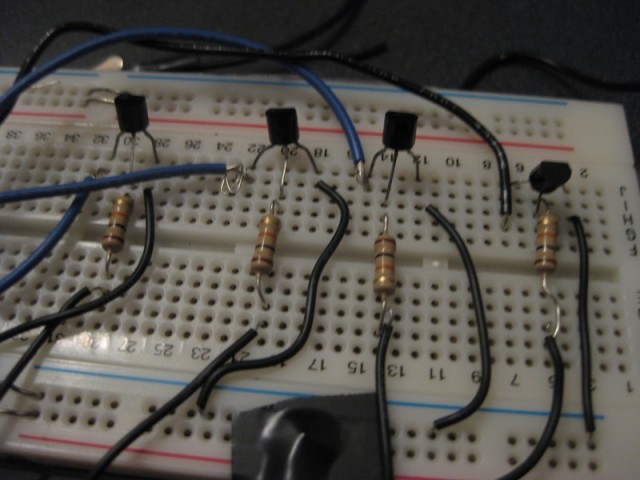 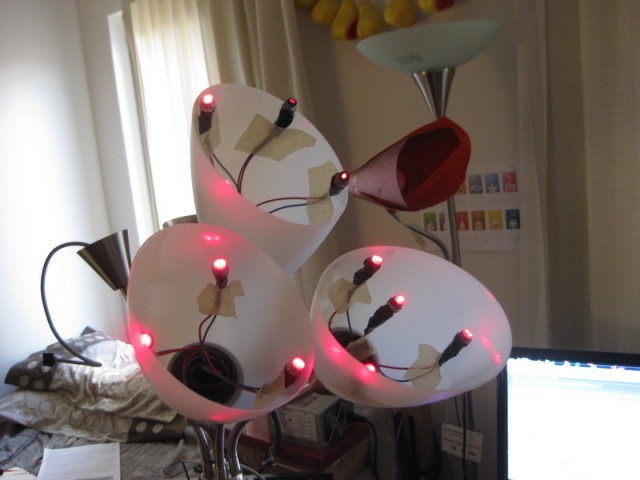 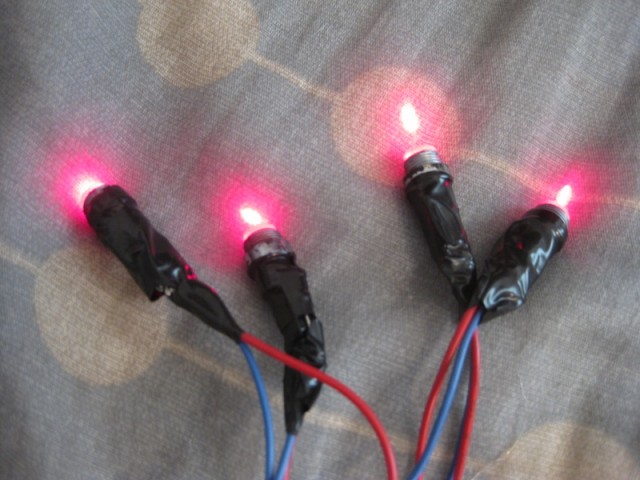 posted on Tuesday, March 24th, 2009 by Pehr in Side Projects