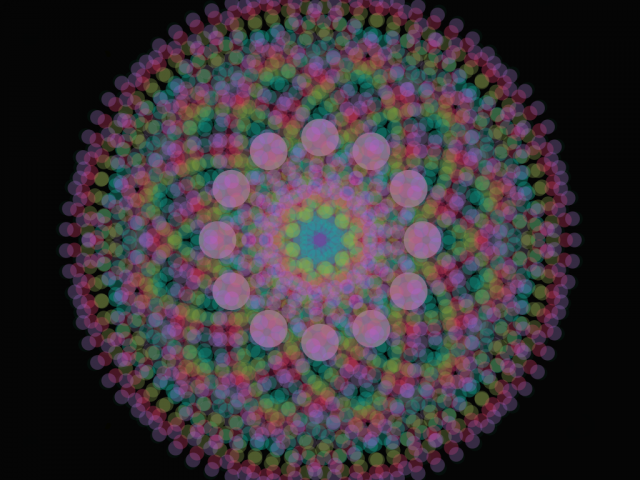 Media Garden was part of the UCSB Primavera festival and featured several performances by MAT students. I collaborated with the Rhythm Seminar for the first part of the event. The Rhythm Seminar, organized by Professor Matt Wright, consisted of several students recording, sampling, and processing live audio.  They restricted themselves to only using sounds that were recorded during the performance so the piece started out slow and acoustic and gradually built in tempo and density as more sounds were available for processing. Sound sources included a Piano, a whistle, vocal sounds and a variety of percussive instruments.

I performed live visuals to accompany the Rhythm Seminar which was a challenge since unlike traditional music this performance did not have a constant tempo or even a defined stopping point.

I used a 25-key MIDI keyboard to control the parameters of my program which enabled me to smoothly vary the color and overall appearance of the visuals as the piece changed in tempo and rhythm. 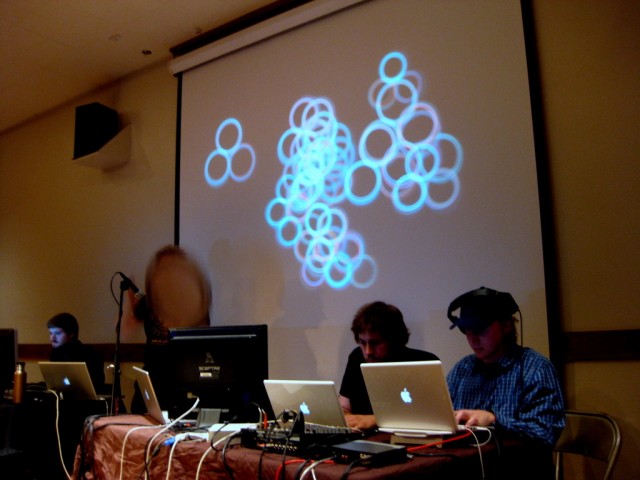 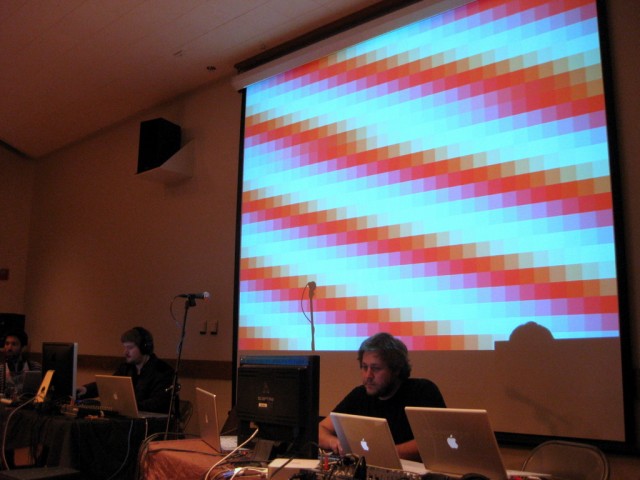 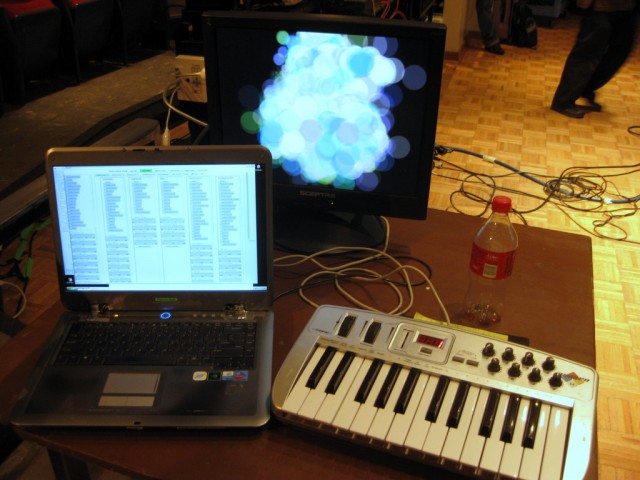 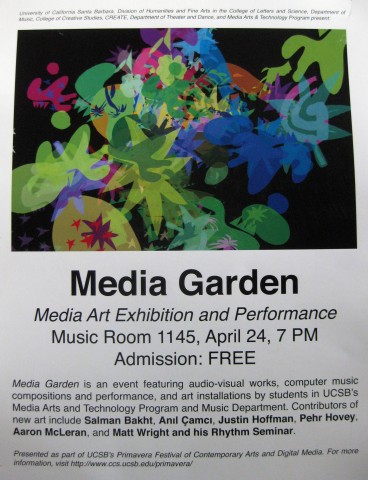 posted on Saturday, April 25th, 2009 by Pehr in MAT Projects