The laser obelisk made an appearance TEDxUSC 2010 for the reception in the Town & Gown Ballroom. After a day of insightful talks and moving performances the TEDx attendees were treated to food, drink and interactive exhibits. Other exhibits included Cloud Mirror, Stardust and Sonic Stalagmites from Syynlabs as well as the Microsoft Surface, the 3D 360 degree holographic display from USC’s Institute for Creative Technologies, some drums from the USC Roland Drum Lab and more! 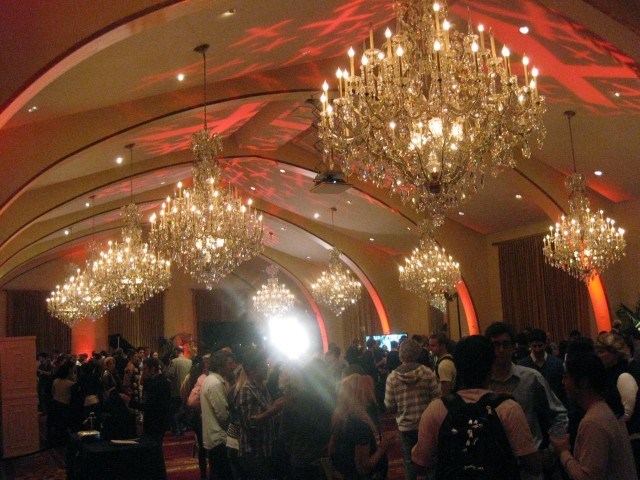 posted on Thursday, April 15th, 2010 by Pehr in MAT Projects