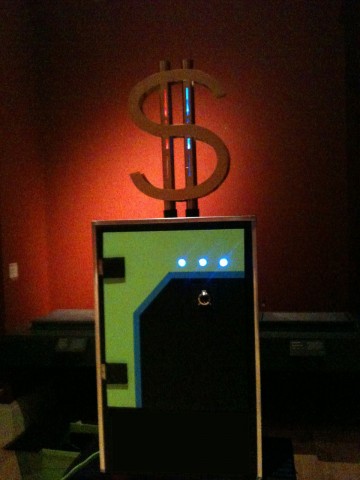 “Scrooge” is inspired by the classic image of safe-cracking from literature and film. Two players compete to “crack” a safe by turning a dial and observing flashing lights on the door. As they get near the unknown combination values the lights will flash faster. Once all three values are found their door will automatically open and their opponent’s door will power down. A bowl of candy awaits the victor inside the safe.

The unit is constructed of wood and metal with two solenoid-operated doors. The door has a precision knob salvaged from laboratory surplus attached to a potentiometer to act as the code input device. Each door has three status LEDs mounted within ping pong balls for diffusion. The sequence of lights flash at varying rates to hint at the users’ proximity to the secret code value.

The entire operation is controlled using a single Teensy++ (Arduino-like) microcontroller and related transistors / power circuits mounted in the bottom of the unit. Using a microcontroller allows the unit to be relatively self sufficient– requiring only power, no separate computer. 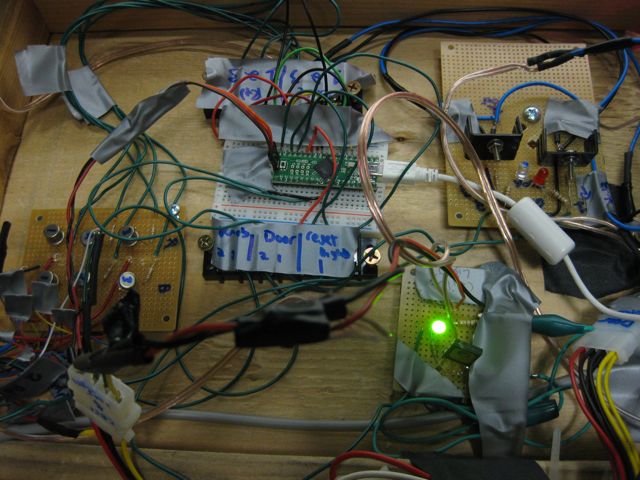 For Fall 2010 I am adding physical feedback of vibration or sonic clicks that are incident upon each door surface. The goal is to enable the user to crack the safe by putting their ear up against the door for a more personal experience. An automatic camera system will also be installed within the cabinet to surprise the successful burglar with a mug shot triggered by the door opening to complete the experience. 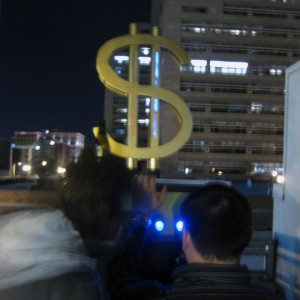 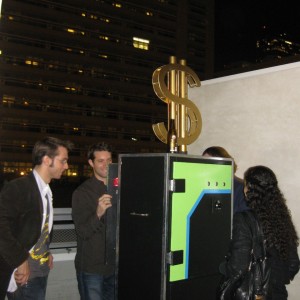 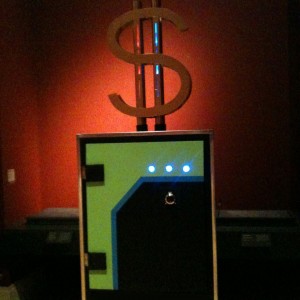 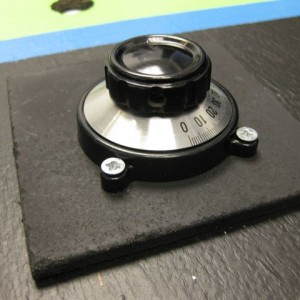 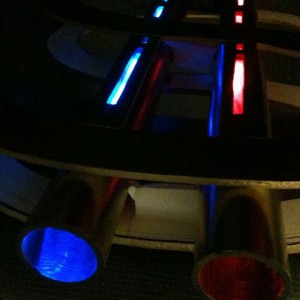 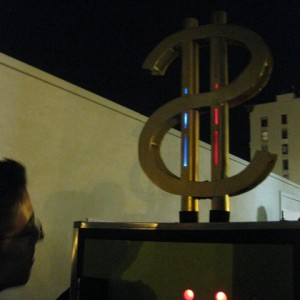 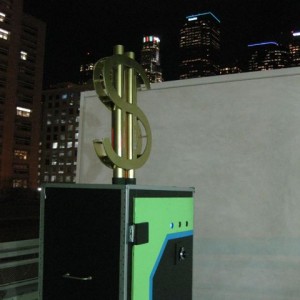 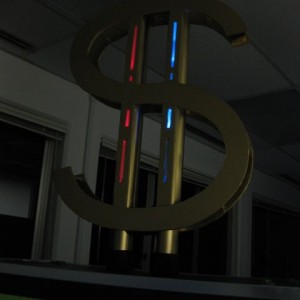 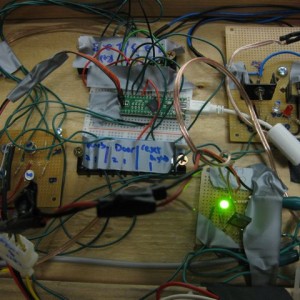