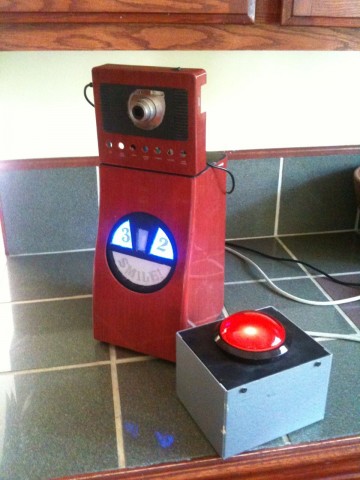 The Smilebox is a retro-inspired photobooth designed to be ultra-portable. It was created for a school reunion on the other side of the country so it had to fit in carryon luggage. To increase portability, the unit can be run off a single 9V battery (not including the camera’s own battery). It was also an exercise in creative re-use of components. When paired with a box of locally acquired dollar-store costumes the event instantly becomes more fun. 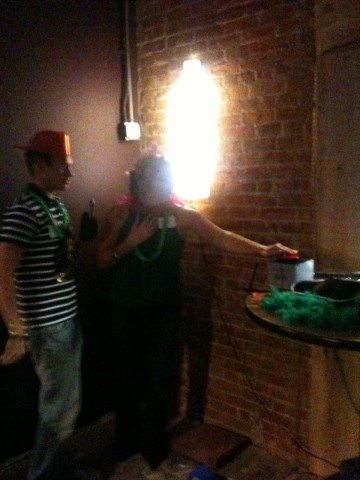 It consists of a main unit made from a salvaged “indoor waterfall clock radio” which contains the camera, a lighted countdown display and the microcontroller. I used a Canon powershot camera with the CHDK firmware which makes it easy to release the shutter via a +5 voltage on the USB cable. The unit is triggered from a big red button that is placed in front of the unit on a table. When participants are ready they only have to push the button and smile — the 3-2-1 countdown hits and the camera immortalizes their silly costume.

The Arduino inside the box runs a simple program that reads the trigger button, times the countdown lights and triggers the camera release. The pictures are later retrieved off the memory card. 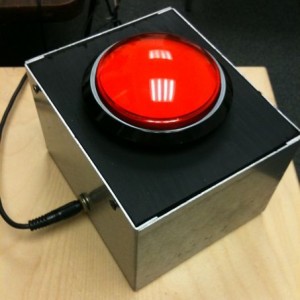 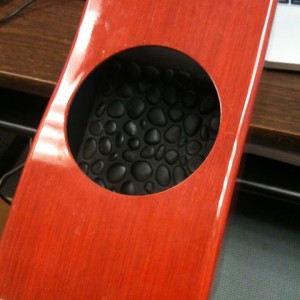 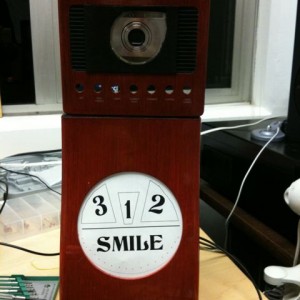 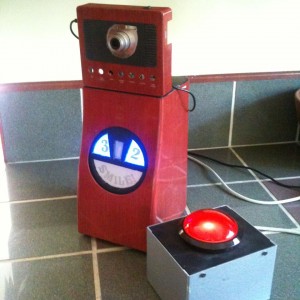 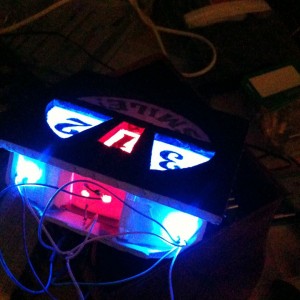 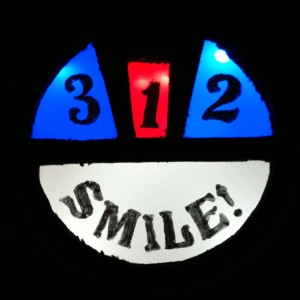