Making of a Martian Party 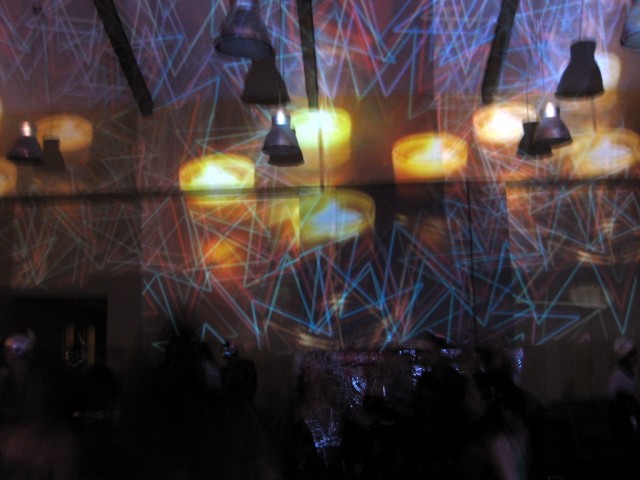 The Martian Party took place Friday April 3, 2009 at the San Clemente Graduate Apartments at UCSB. It was the first event that I have produced here at UCSB and I was assisted by Reza Ali (Promotion, Music), Justin Hoffman (Visuals) and Ryan McGee (Percussion). The Graduate Student Apartment Community Council (GSACC) provided refreshments.

This was the first big dance party ever held at the new Graduate Apartments and we hope to start a precedent so it was critical that the event be memorable.

The Martian Theme was conceived as a catchy name for the event and also as an excuse to encourage people to construct tinfoil hats. We also covered parts of the walls with tinfoil to reflect the light of event.

To accentuate the Martian Theme I constructed a life-size Martian guy out of fabric, paper mache, spraypaint and basic construction materials. Art From Scrap in downtown Santa Barbara supplied many novel materials to give the martian extra flare. For example, martian hair/brains was created using red Urethane shavings from a local skateboard wheel manufacturer. 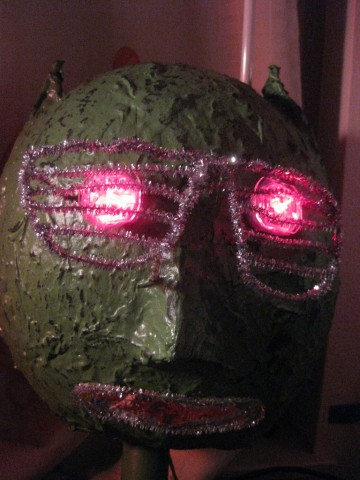 We displayed live visuals through three projectors and the two installed Plasma screens via a VGA splitter which set the tone of the whole event. Visuals for the first half of the event were provided by Justin Hoffman who live-mixed a combination of his source video (live action and abstract) and animated video provided by Reza and I. 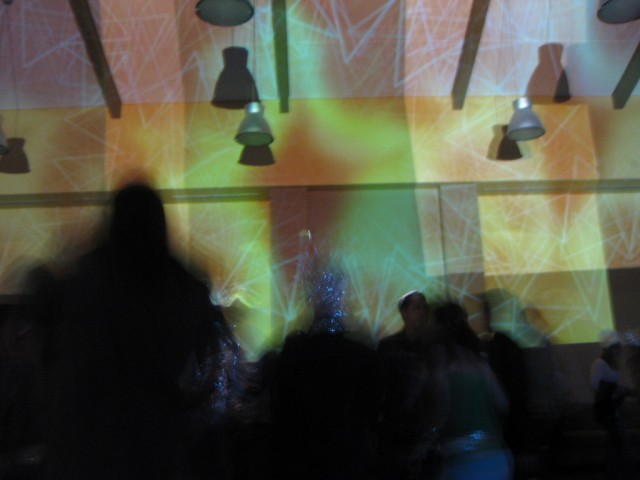 For the second half of the event I debuted my Razzle animation program for the first time in public which was a good learning experience for what works in a live performance setting.

The music was a mix of Hip-hop and electronica and was provided by myself and Reza Ali using my speaker system (two Mackie SRM450 loudspeakers and two 18″ Harbinger subwoofers). 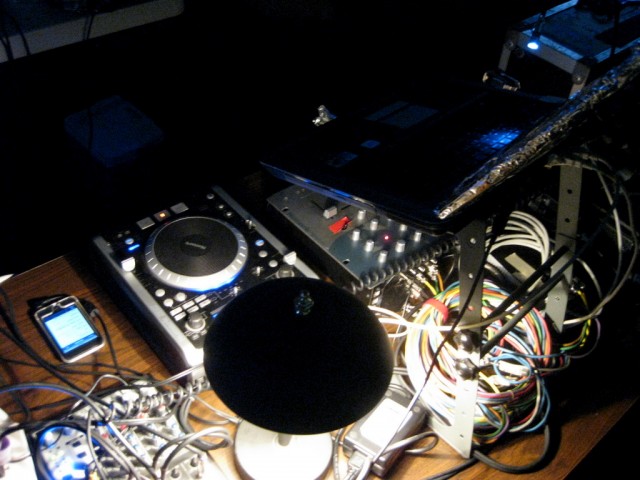 In addition to the DJ’s, Ryan McGee enhanced the beat by playing his electronic drum pads. It added an additional kick that was felt throughout the San Clemente Center. Coupled with the strobe light and his foil mask it was quite the show. 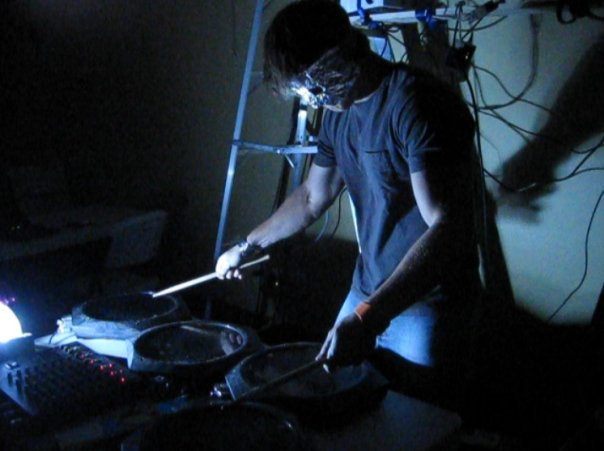 Overall the response was very positive. The attendees had fun and were enthusiastic about the possibility of future dance parties. The Graduate Student Apartment Community Council, which sponsored the event, was also impressed and excited to put on more immersive events. 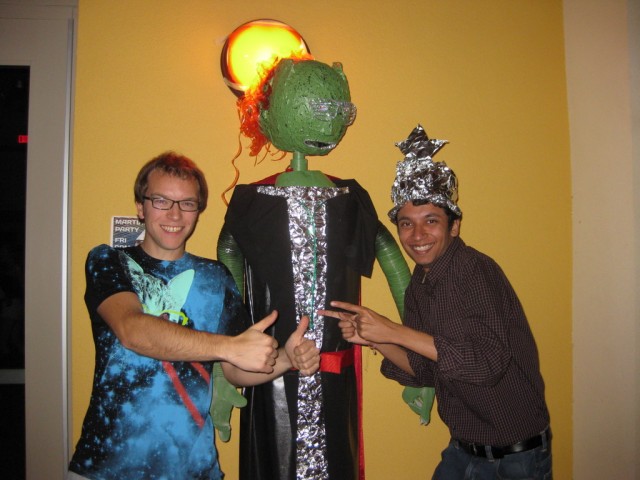 posted on Monday, April 13th, 2009 by Pehr in MAT Projects, Side Projects