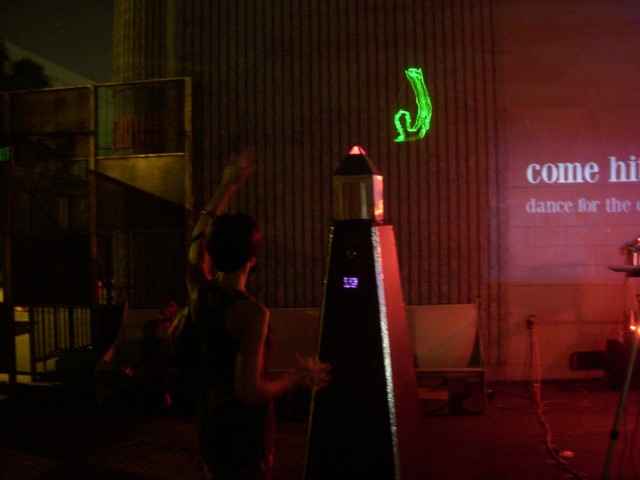 I once again showed the interactive laser project at Mindshare LA at Lot613 in Downtown Los Angeles.

This time it was contained inside the 6 foot tall Obelisk I constructed for DANCEiSM, with a new twist.

I added LED’s in the tip of the metal pyramid that houses the laser so that the obelisk is visible even if no one is interacting with it. The lights are white if no one is around but once but the camera finds someone the lights turn red instead. I cut up a broken piece of plastic from a ceiling light fixture to act as a light diffuser. 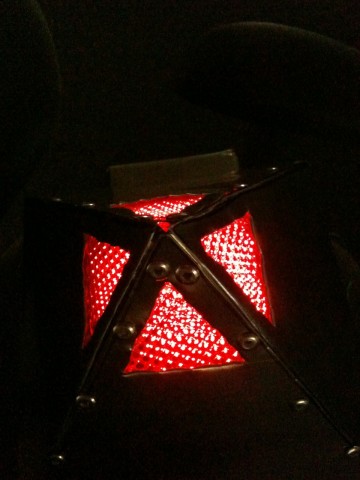 The LED’s are controlled by an Arduino receiving messages over serial from the camera program running on my laptop. 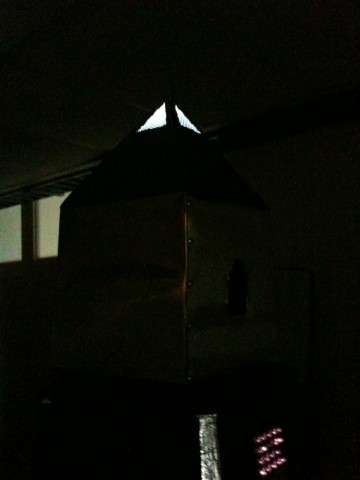 Here are more photos of the event:

posted on Sunday, September 20th, 2009 by Pehr in MAT Projects