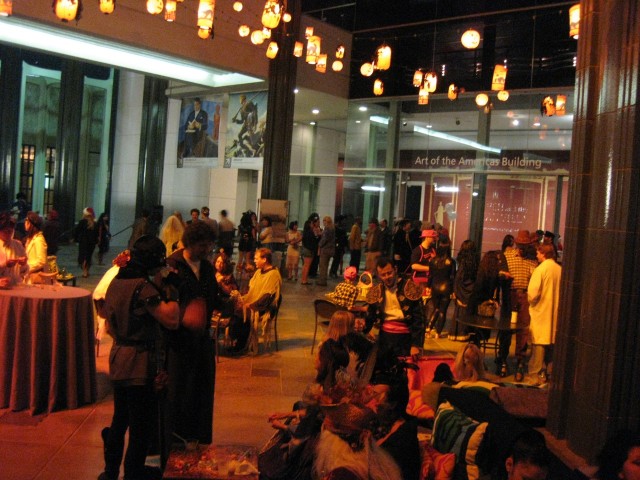 I was invited to show some projects at the LA County Museum of Art for their Muse Costume Ball, in conjunction with Mindshare Labs. We had an entire gallery in the Arts of America Building for the night and showed upwards of 15 interactive explorations. 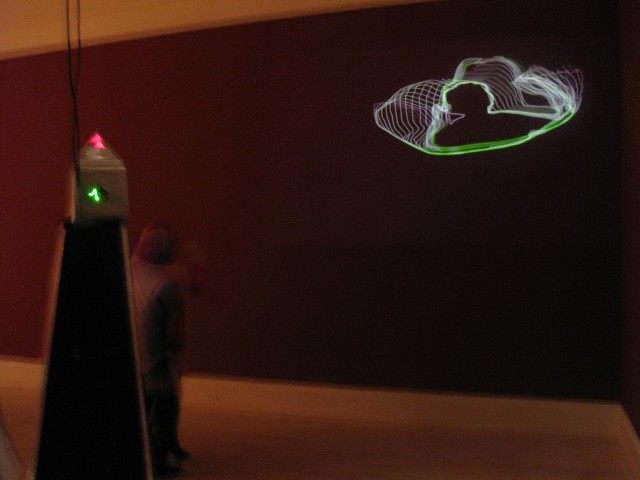 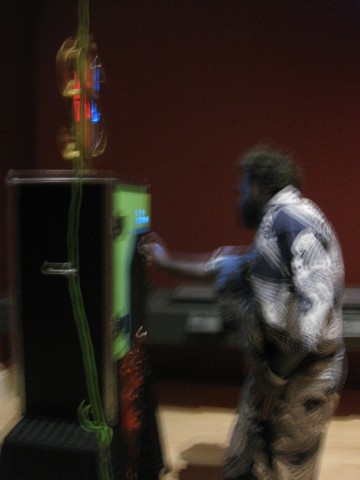 “Scrooge” is a cabinet I built designed to look like a cartoony safe. It has a large dollar sign on top which serves as both a scoreboard for the game and an exagerrated symbol of the concept of a secure moneybox (a la Scrooge McDuck). The safe has both a front and back door that serves as the playing surface. Each player (red and blue) tries to open the safe by turning the dial to find the three unknown numbers in the combination. three LEDs on the door flash at varying speeds to indicate how close they are to the unknown number. The dollar sign on top shows lights for both players so everyone can see how close each player is to winning.

By watching the flashing speed and precisely adjusting the dial they can hone in on the right value. Once all three unknown values are found (in order) their door is automatically unlocked and they get access to the prize within (in this case, Halloween candy). 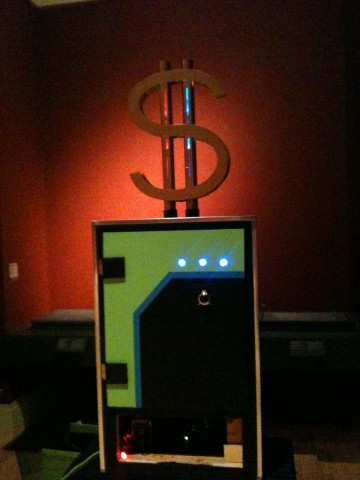 The game is a play on human nature, competitiveness and greed. By pitting two people against each other there is an opportunity for inherent pressure to get the door open as quickly as possible. Some people may rush to get to the candy and beat their opponent while others may take a more leisurely approach to give the other player a shot at winning too.

The game was only recently built and I am still tweaking the gameplay mechanics. I intend to add sonic feedback to each door so that you can ‘crack’ the safe by putting your ear up to the door surface and hearing the lock click as you turn the dial. This is more in line with safecracking depictions in films (however inaccurate) which is what i am going for. To further investigate the greed factor I intend to add a button inside the safe that gives the victor an option to pop open their opponent’s door and let them share in the spoils.

Scrooge will be further developed for installation at the November MindshareLA on Thursday, November 19th.