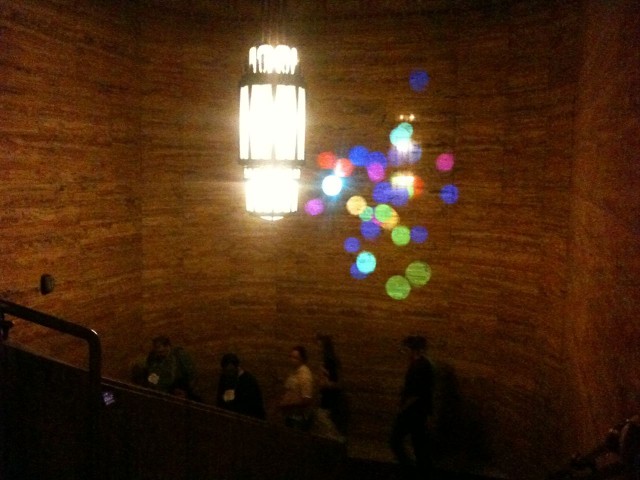 The August edition of Mindshare was at the former Pacific Stock Exchange building in downtown Los Angeles. The building was built in 1929 and has great brown stone walls throughout. We were initially unsure of the effect of projecting onto this surface but the results were great. The colorful abstract shapes were imbued with a subtle texture which added to the effect. I projected the same visuals on the grand staircase landing as well as above the entrance to the Rockefeller room at the top of the stairs. I positioned an IR camera at the top of the stairs which triggered a variety of extra effects when people walked by.

I will be showing some new visuals in the same building at the next Mindshare this Friday September 17th. 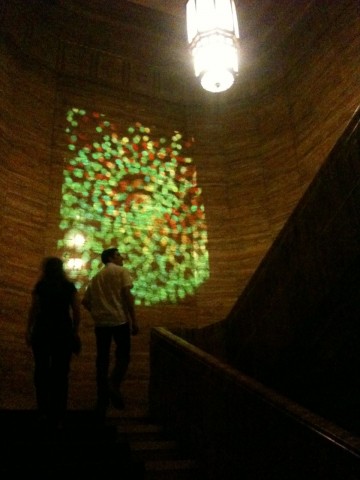 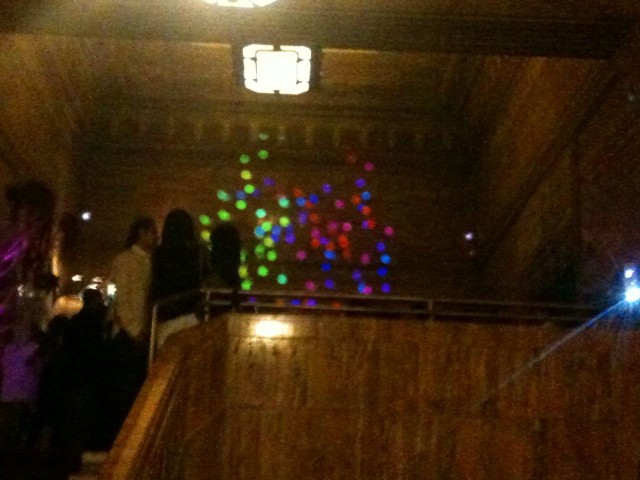 posted on Tuesday, September 14th, 2010 by Pehr in MAT Projects